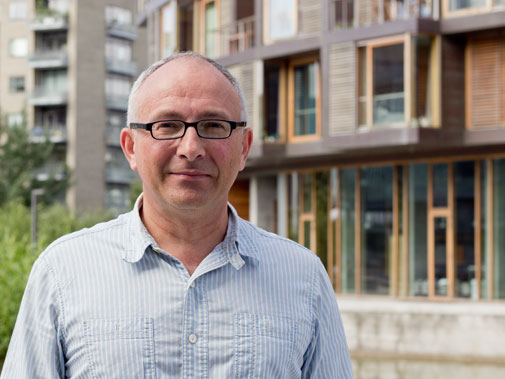 His experience includes an impressing track record of computer science research with public and private organizations, encompassing i.a: 18 years with AT&T and NEC in New Jersey, working with “digital watermarking” and producing the spinout company Signafy; since 2002 being at University College London (UCL) heading various departments and sections and part of the time leading a large collaborative research project located on British Telecom's main R&D site

While at UCL, Ingemar Cox founded two groups, one working with IT security, the other with Information Retrieval(I.R.).

Pursuing in particular I.R. as a main research field, his UCL group was part of an interdisciplinary research team that was recently awarded an impressive 16 million £ grant from the British Engineering and Physical Sciences Research Council for research on Early-warning sensor systems that can test and track serious infectious diseases – such as major flu epidemics, MRSA and HIV – using mobile phones and the internet – for low cost diagnostic tests based on advances in nanotechnology for the health care sector. The project is hosted at an Interdisciplinary Research Centre encompassing Computer Science, Nanoscience and Life science research.

Whilst entering the new UCPH team in Information Retrieval comprising moreover Christina Lioma, DIKU, and Birger Larsen, IVA, Ingemar Cox has maintained connections with UCL including one of its most prominent research partners, Microsoft Research in Cambridge. As the above-mentioned project is just starting up, he will remain part of the project yet for a while as Deputy director of syndromic surveillance.

According to Ingemar Cox, these connections may be of great mutual benefit to not only his new employer, but also for the research community in Denmark in this field.

“If for instance the word “fever” pops up more frequently than usually, and an unusual number of certain medical items are handed over the counter at the chemist’s shops, this could be an indication that an epidemic is building up”, Ingemar Cox explains. “Of course, these weak signals should be compared to other phenomena and signals in the society, but it has proven to be a promising way of predicting upcoming epidemics.”

Using Social Media and knowledge on major musical events, where a lot of people are gathered, such as the current Roskilde Festival is another sophisticated tool for collecting data on diseases and upcoming epidemics. If combining searches for the word “Roskilde Festival” with subsequent tweets on e.g. “bad stomach”, “sick” and other symptomatic words, using aggregate data from IP addresses, some interesting patterns or signals may come up, indicating whether a group of people were infected simultaneously at the event.

Now based in Denmark Ingemar Cox looks forward to spending more time with his Danish wife and 3½ year-old son. With his new team in Denmark he will form a new research anchor within Information Retrieval which will hopefully bring about more resources for this upcoming research discipline, also warming up for the SPIRE conference on information retrieval in 2015 hosted by DIKU.