Two DIKU Talks: DBToaster and and Languages for Mathematical Computing

In this talk I will present the recursive finite differencing technique at the core of DBToaster called the viewlet transform. Our viewlet transform materializes both user-specifed queries for incremental maintenance, as well as a supporting set of higher-order delta views, for a substantially lower view maintenance cost. These higher-order delta views are amenable to implementation with compilation to machine code. In many cases, compilation can avoid using classical query operators such as joins and eliminates the prevalent interpreter overheads in database engines. DBToaster achieves tens of thousands of complete view refreshes a second for a wide range of queries, providing 3 orders of magnitude speedup over alternative state-of-the-art systems and enabling new dynamic data processing applications.

DBToaster (http://www.dbtoaster.org) has been jointly developed at Johns Hopkins University and EPFL with Oliver Kennedy (soon to be at U. Buffalo) and Christoph Koch. 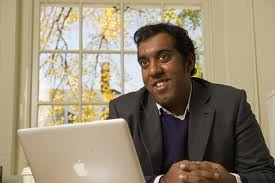 A Cluster of Languages for Mathematical Computing

The modern computing landscape features a galaxy of programming and data description languages, with new ones introduced continually.  New ideas, introduced in one language, find their way into subsequent languages as the landscape evolves.  Many important ideas first expressed in mathematical software have found their way into the most widely used general purpose languages.  Perhaps one reason for this is
that mathematical programming provides a rich domain of challenging, but precisely defined problems.  This contrasts with the hard problems in other areas where abstractions are simpler and it is harder to evaluate different approaches.  We therefore see mathematical software as a canary in the coal mine of programming languages, providing an advance testing ground for ideas.

We present our experiences in the design and implementation of several special purpose languages applied to mathematical computing: Maple, Axiom, Aldor, OpenMath, MathML and InkML. These languages have addressed a breadth of problems, ranging from efficient compilation of higher order mathematical abstractions to flexible motion capture of two dimensional handwriting. In terms of adoption, they range from tens to millions of users with widely differing needs. This talk outlines some of the problems these languages were intended to solve, the new ideas they introduced, and the pragmatic compromises taken along the way. 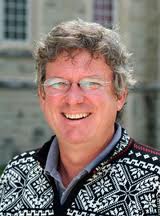 Stephen Watt is Distinguished University Professor at Western University, Canada.  His research lies at the cross-roads of mathematics and computing, spanning both its theoretical and practical aspects.  He is one of the original authors of both the Maple and Axiom systems for computer algebra and principal architect of the Aldor programming language and its optimizing compiler.  He has co-authored the MathML and InkML W3C Standards and helped open the area of symbolic-numeric algorithms for polynomials, a current hot topic in computer algebra.

More recently, he has focused on open-based computing and algorithms for polynomials of symbolic degree. He has been active in a number of early stage software companies and is presently lead independent director of the Descartes Systems Group, a publicly traded company offering SaaS solutions for logistics and
global trade.  He has received numerous awards for his research work and his work with companies.

Both talks are open to all interested people and free of charge.

Water will be available, but no further refreshments will be served until later, since the talks will be followed by a PhD defense where most of the audience will be present.