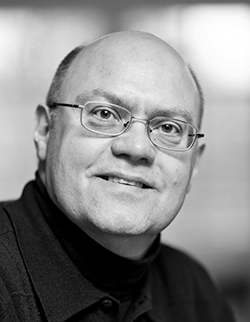 Torben Ægidius Mogensen, Associate Professor in the Programming Languages and Theory of Computing Section at DIKU.

Procedural content generation is often used in games and movies, so designers do not need to specify all details of landscapes, cityscapes, forests, crowds, etc, but can generate a large variety of such from recipes.

We will look at various methods for generating maps for use in games -- both strategy games and RPGs. We will, in particular, focus on zoomable maps, where you can generate a portion of a map in high resolution using much less time than for generating a full map at this resolution. We will start with simple, square maps, then show how this method can be extended to work for planet maps, where the map is on the surface of a sphere without discontinuities. To display these, we need to project the spherical map to a flat surface using various map projections with different properties. We will also look at how altitudes and river networks can be co-generated.

Zooming in on Torben Ægidius Mogensen

Which courses do you teach (BSc and MSc)?
Programming Language Design (PLD) on the BSc programme.

Which technology/research/projects/startup are you excited to see the evolution of?
Reversible computers.

What is your favorite sketch from the DIKUrevy?
Kaptajn DIKU.