Join us for a special event - the chance for a double TechTalk and networking. The first talk "An Introduction to Probabilistic Programming with HackPPL" is by Arun Kumar, developer at Facebook and Professor Prem Devanbu will speak on "Empirical Software Engineering in the 21st Century".

14.00-14.45  An Introduction to Probabilistic Programming with HackPPL by Arun Kumar, Facebook
15.00-15.45  Empirical Software Engineering in the 21st Century by Professor Prem Devanbu
16.00-17.00  Networking and refreshments

You can choose to attend both talks or just one. After the two we hope you will join us for networking.  You can sign up here - last chance for sign up is 25 March at 12.00. 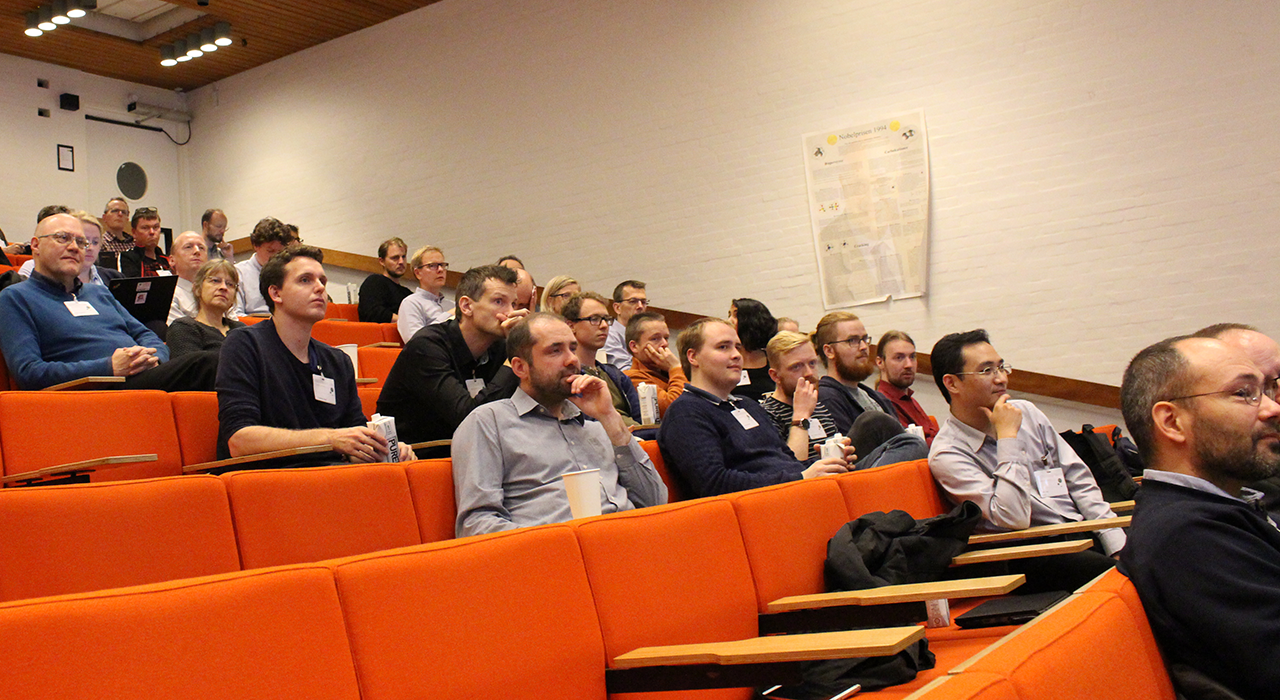 An Introduction to Probabilistic Programming with HackPPL by Arun Kumar, Facebook

At Facebook, we're interested in making machine learning more accessible to our engineers by giving them tools to perform probabilistic reasoning. To support this goal, we're building a universal probabilistic programming language (PPL), called HackPPL, within our server-side language, Hack.

Bio: Arun Kumar is one of the members of the Probabilistic Programming Languages team at Facebook where he works predominantly on language design and developer tooling. He’s excited to be part of a team that combines two of his interests, machine learning programming languages, with the aim of making machine learning more accessible to developers.

Empirical Software Engineering in the 21st Century by Prem Devanbu, Professor at University of California, Davis

The advent of copious, time-series data (e.g., source code, comments, bug reports, code reviews) and authorship meta-data (who-when-why, from version control) from open-source projects has driven a flowering of natural experiments in Empirical Software Engineering. Many questions, which had long remained a matter of dogma, could be subjected to empirical analysis. Do static analysis tools work? Does the programming language used make a difference? Does distributed development lead to more buggy code? Are open-source development teams well-organized, or chaotic? (The Cathedral vs. the Bazaar). Do experienced programmers make fewer mistakes? etc. This data has also enabled studies of code corpora, which led us to the discovery of Naturalness. This talk will review some highlights of this journey.

Bio: Prem Devanbu received his B.Tech from IIT Madras, and his  from Rutgers University, is a CS Faculty at UC Davis. Prem has program-chaired ICSE (in 2010) and FSE (in 2006) and has been  editor for ACM TOSEM, IEEE TSE, and ESE Journals. He has won 4 ACM SIGSOFT Distinguished paper awards, best paper awards at ICSE NIER, ASE and MSR, the 10-year most-influential paper award at MSR 2016, and the Test of Time award at SIGSOFT /FSE 2018. Three of his papers appear in the CACM Research Highlights, including one on the Naturalness work. He is an ACM Fellow.

You can join the double TechTalk for free - we just ask that you sign up no later than 25 March at 12.00.