Martin Atzmueller, Associate Professor at the Department of Cognitive Science and Artificial Intelligence at Tilburg University, will give a talk at DIKU.

The detection of anomalies and exceptional patterns in attributed interaction networks is a prominent research direction in data mining and network science. Typically two questions need to be addressed: (1) What is an exceptional/anomalous pattern ? (2) How do we identify that

This talk presents model-based approaches and methods for addressing and formalizing these issues in the context of attributed interaction networks, and exemplifies promising directions for its implementation. 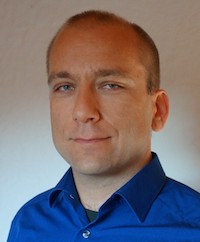 Martin Atzmueller is Associate Professor at the Department of Cognitive Science and Artificial Intelligence at Tilburg University, where he heads the Computational Sensemaking Lab. Furthermore, he is Visiting Professor at the Université Sorbonne Paris Cité.

Martin Atzmueller's research interests include Data Science, Artificial Intelligence, Social Sensing, Human Computing and Network Science. His work focuses on how to 'make sense' of complex data and information processes in science and industry by designing and developing approaches, methods and tools for interactive data science and intelligent analytics, leading to computational sensemaking. For instance, this includes the identification of interesting local patterns (e.g., complex structures, exceptional subgroups, and anomalies), the modeling, analysis and exploration of complex heterogeneous and multi-modal data, as well as human-machine learning and decision support. By connecting computational approaches with the human cognitive, behavioral, and social contextual perspectives - thus linking technologies with their users - the goal is to augment human intelligence and to assist human actors in all their purposes, both online and in the physical world.