At the training camp of Danish Computer Science Competition, the 6 participants to represent Denmark in the Baltic Olympiad in Informatics (BOI) in Poland have been announced.

In the weekend from April 16th - April 20th, the Department of Computer Science at the University of Copenhagen hosted a training camp for 20 selected high school students. This was the last event of three within the Danish Computer Science Competition 2015 (Dansk Datalogi Dyst). The camp included a final competition which served as the basis of selecting 6 students to go to the Baltic Olympiad in Informatics (BOI) in Poland from April 28th to May 3ed. 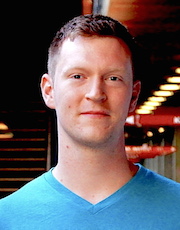 - We have had a really great training camp with lots of committed participants, says Søren Dahlgaard who was one of the organizers of the "Dansk Datalogi Dyst" training camp at the Department og Computer Science in the University of Copenhagen.

- The skill level has been super high this year, and it is wonderful that all the hard work has paid off. The selection of finalists was hard since many of them came in close after another, but I’m confident that we have put together a really good team, and we are very excited to take them to Poland, Søren happily explains on the day after the final competition which has served as the basis of choosing the 6 candidates.

The winners have been announced

The 6 Danish participants for the BOI 2015 in April-May are: 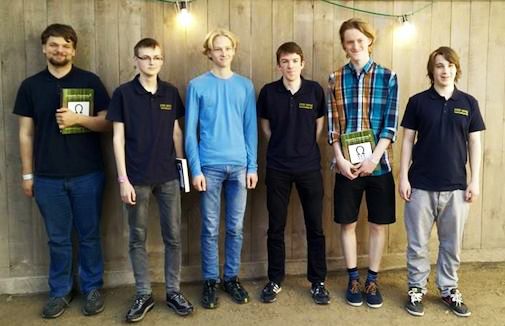 More pictures from the training camp 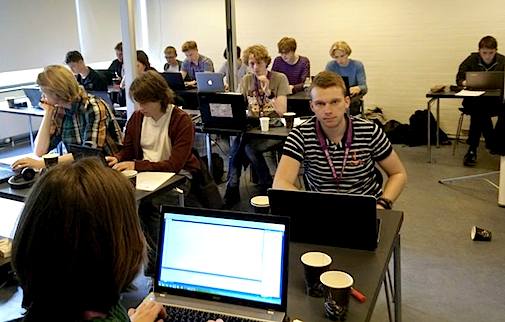 The 18 participants work hard in the final competition of the training camp on Sunday April 19th. 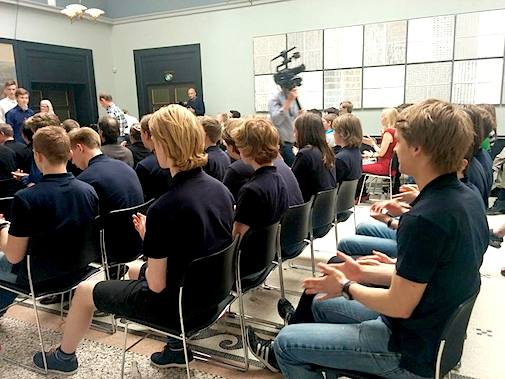 At the reception at Carlsberg Fonden on Monday 20th, the Danish participants of all baltic natural science olympiads were announced.