This year, the Department of Computer Science celebrated the 10th anniversary of the DIKU Career Fair. The organizers consider the day a great success with a lively buzz of excitement and 16 companies eager to talk with the 200 students, who have now gained more knowledge about how their future careers may evolve.

On May 21st, the Department of Computer Science hosted a Career Fair for all of the department’s students. 16 companies, who are all engaged in IT research and development, were present this day. Armed with handouts and lots of candy, they exhibited their job and career offers in the department’s old library.

- We are very happy with the impressive attendence of both students and companies at this year's Fair, says Heidi Pagaard who has organized the Career Fair.

- This time we have focused on career perspectives in the IT industry, and this has apparently resonated with the students' interests, for the Fair has been buzzing with activity right from the moment of Kick Off. When you look around you see a room crowded with people engaged in concentrated conversation with one another. It’s a wonderful sight!

After Kick Off, which included a welcome talk by Head of Department Jørgen Bansler, and an instroduction to career perspectives in the IT industry by Kaare Danielsen, Head of Jobindex, the Fair was opened.

Apart from talking to the business representatives at the booths, the students could also attend a number of brief rotation talks by the companies about their business and what they require from their new employees. The biggest draw of the day was the talk by Center for Cyber Security from the Ministry of Defense, which was so crowded with audience that people had to line up along the back wall and sit on the floor.

At the Company Dating, the students had one-on-one chats with business representatives.

Film from the Carrier Fair

In this short film (Danish), you can see for yourself how the Fair went off:

Pictures from the Career Fair 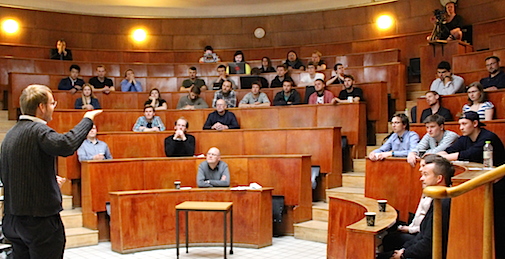 During Kick Off Kaare Danielsen from Jobindex gave a talk about career perspectives in the IT industry. 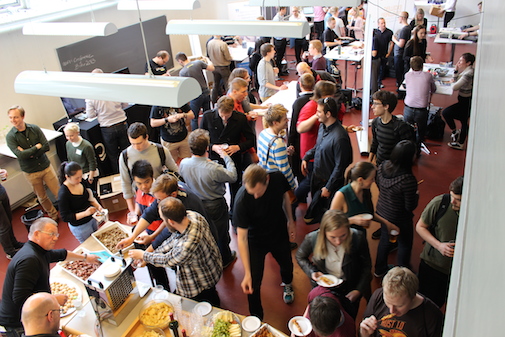 The old department library, where the Fair was located, was crowded to a max. 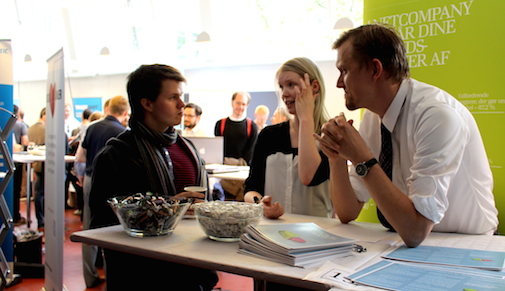 Tradeshift and Palantir were among the businesses present at the Career Fair. 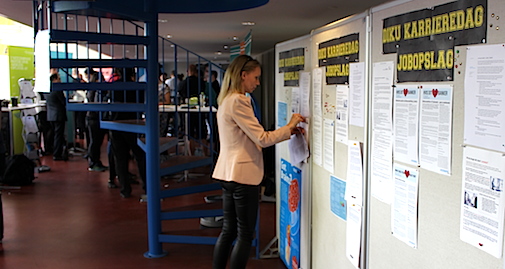 The job advertisement boards were soon filled up. 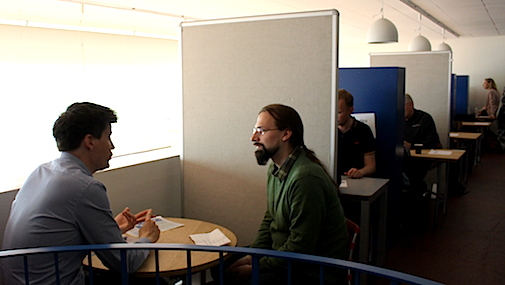 Speed dating between businesses and students.

Delagate had sponsored the food for the buffet. Thank you, Delegate!

Videos from the career fair

Here you can see Kaare Danielsen, Head of Jobindex, do a talk on career perspectives in the IT Industry (Danish).