The Copenhagen University hacker group Gallopsled has triumphantly returned from the CodeGate contest in Korea. With a third place and a check for 5,000 USD they could not have wished for a better outcome. The excellent result has moved Gallopsled to a second place in the world ranking for competition hacking.

Back in Denmark after an unprecedented achievement

- We are absolutely delighted, Mathias Svensson cheers. He is one of the members of the hacker team Gallopsled a group of competition hackers who are home-based at Department of Computer Science at the University of Copenhagen.

When we met Mathias he had practically just landed, returning from Seoul, Korea, where he and his teammates reached 3rd place at the CodeCate competition – one of the largest and most important CTF contests (Capture the Flag) on the international hacking scene.

Besides a nice trophy and cash prize of 5,000,000 Korean Won (5,000 USD) their position in the competition also means that Gallopsled finally overtook Polish rival, Dragon Sector. Gallopsled now rank 2nd in the world for competition hacking.

Gallopsled participated as one of 10 qualified teams at the CodeGate-finals in Korea after competing against 133 hacker teams from all over the world in the preliminary rounds in March. The winner, a Chinese team, 0ops - took away the equivalent of about 5,000 USD.

Great experiences in the Far East

According to Mathias it has been 10 wonderful days in the Korean capital, where Gallopsled in addition to competing in the 20-hour long hacking competition, also had the opportunity to attend the simultaneous IT security conference.

- Our main knowledge of the other CTF teams comes from online competitions, so it was a great experience to meet them all in person, says Mathias.

For Mathias the greatest experience he has taken home from the Far East, was to wander around in the streets of Seoul:

- It was a very special atmosphere that is hard to describe exactly. We were at a fish market, where it was teeming with sea creatures of all kinds. Wherever we went, there were underground shops, so you really got a sense of urban space unfolding in several dimensions, when you walked around.

Money in the bank

Gallopsled has already made plans for how to put the money prize of 5,000 USD to use. First and foremost, it is important for Gallopsled to have a surplus on the budget. It was a quite a struggle for them to even send contestants to Korea in the first place.
In addition to that, the group is planning to participate in several smaller hacking events and for that Gallopsled needs a long list of electronic equipment, which they now finally have the possibility to purchase. 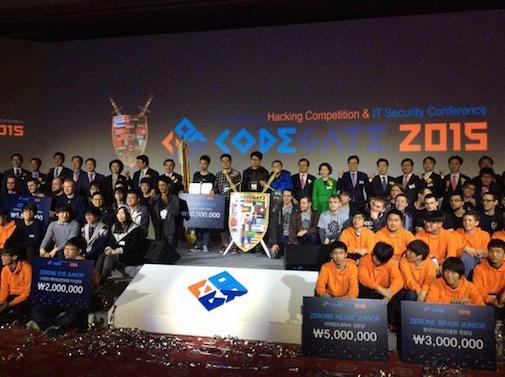 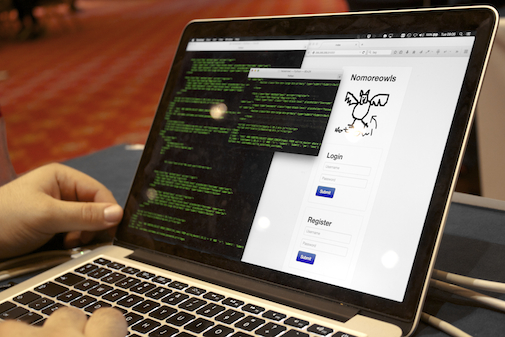