Professor Kasper Hornbæk from the Dept. of Computer Science has received a 5 year Consolidator Grant, amounting to 14 million DKK (approximately € 1.9 m) from the European Research Council (ERC) in order to improve human interaction with computers.

The project: “Using Embodied Cognition to Create the Next Generations of Body-based User Interfaces” aims at examining and improving the human body’s interaction with a computer by applying the newest results from cognition science. When speaking of interactive design, what comes to mind are new, interesting gadgets that can replace a traditional keyboard or mouse in connecting the user with a computer. During the past couple of years, an increasing number of people have successfully interacted with a computer without pressing keys or using a mouse for moving the cursor. Microsoft Kinect or Nintendo Wii are some of the most well-known examples of how body gestures can be decoded and used as computer input.

Write without touching – an interesting predecessor

However, within the area of interactive design named “Body-Based User Interfaces” (BBUI), a number of “serious” applicability areas are under development. The “Vulture Project” which generated a lot of publicity in 2014, was a predecessor for the new ERC project in which researchers from the Department of Computer Science in Copenhagen succeeded in enabling users to write on a screen solely by gesticulating in the air. 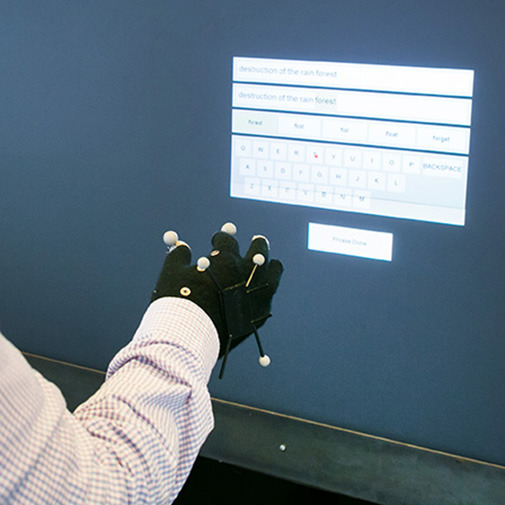 “We know very little about how to create designs allowing the body to interact with a computer” states Kasper Hornbæk “because all our theories and design principles deal with computer screens, mouse and touch”. Therefore, Kasper will focus on the latest research results in cognitive science and psychology in order to understand the relationship between uses of the human body, mental activity and emotions.

“I’m confident that we can achieve a breakthrough, simply because substantial research doesn’t exist in this interdisciplinary area”. 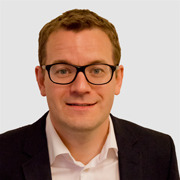 The body as a keypad – how?

An example of one of the application areas that’ll be examined by the project is the use of a person’s forearm as keyboard. How can we get a computer to register forearm pressure? Also, what is the relationship between consciousness and the body when it’s gadget free.

The project is expected to start shortly after the summer break and will continue throughout the next 5 years.