The research paper, Live Migration of Virtual Machines, has just been recognized for its lasting impact on its field by USENIX, the Advanced Computing Systems Association. Since the publication in 2005, the paper has been cited 2157 times, which is probably a record for papers published by researchers while affiliated with DIKU.

The research paper, Live Migration of Virtual Machines, is authored by, among others, Jacob Gorm Hansen, Ph.D. from the Department of Computer Science at University of Copenhagen, and his supervisor, former Head of the Computer Science Department and Professor, Eric Jul. The paper was first published in May 2005 in Proceedings of the Second Symposium on Networked Systems Design and Implementation.

The award citation reads: "for developing the techniques that grew into an industry standard feature to migrate a running virtual machine within a tightly-coupled environment such as the datacenter".

The origins of the prizewinning paper

Jacob Gorm Hansen, who is the main author of the paper, explains: 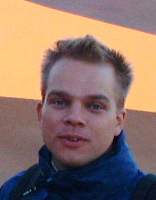 - It is of course a great pleasure to receive the award for this work, which started out as my Master's Thesis project at the Department of Computer Science in collaboration with Asger Jensen, and was later extended in collaboration with my Ph.D. supervisor Eric Jul, who worked at what was then called Distlab, and a number of talented researchers from Cambridge University. I still work with some of them today in the company, Bromium.

- Back then, we got the idea that it should be possible to move virtual machines with whole operating systems and running applications over the Internet without downtime. This may seem obvious today, but back then, to show that it was possible, we first had write our own "hypervisor" to run the virtual masks with a specially developed Linux inside, and afterwards we spend several months to make them "stand still" to take a checkpoint of them. Finally we could start to try to live migrate them over the Internet, and we managed to do this with a downtime of about 10 ms in an old-fashioned 100 Mbit network.

- But even after we had shown that it was possible, we still had trouble convincing others that this technology would be useful in e.g. a data center. This changed after we published the paper "Live Migration of Virtual Machines" in collaboration with Cambridge. Today the technology is used in almost every data center that uses virtual machines.

- My own interests has since moved on to show that it is also possible to migrate virtual machines without a hypervisor, so called self-migration, but even though this technique has many advances, among other things potentially higher security since you can make a smaller and simpler hypervisor without direct network contact, it unfortunately hasn't had a break though yet.

Since 1975, the USENIX Association has brought together the community of engineers, system administrators, scientists, and technicians working on the cutting edge of the computing world. The USENIX conferences have become the essential meeting grounds for the presentation and discussion of the most advanced information on the developments of all aspects of computing systems.