23 IT companies presented their career opportunities and project suggestions to approx. 200 students at the annual DIKU career fair. Read the reportage and enjoy snapshots and a video from the day with One Minute of Madness presentations, Company Dating, exhibition stands and - last but not least: A nice standing buffet and beer and wine, as the fair was heading towards the end by 7 p.m.

The largest number of companies ever had signed up for the annual DIKU Career Fair on 12 May - this year rebranded as the DIKU K-day - 'K' as in Karriere. DIKU'S Career Fair has been carried out since 2005 as an option for students and future employers to get together in the unpretatious premises offered by the old DIKU-building.

The primary purpose of the DIKU K-day is to give the students an opportunity to explore the multitude of career opportunities lying ahead of them, once they leave their study as a BSc, MSc or perhaps even PhD.

As the recruitment needs of both Danish and International companies for skilled IT graduates and postgraduates grow, the interest of being present at the career fair is bigger than ever: "We have 25 open IT positions ready for contracting already tomorrow, if we find the right candidates", one of the companies expressed.

Career talks were not only performed at the 23 stands placed in lobby and the old DIKU library, but also as part of the Company Dating session, where companis and students could meet 1-1 in a closed room and talk about mutual interest for 8 minutes per session. 16 companies and 23 students had signed up. More students indicated that they had in fact signed a contract for a study job or a company project with one of the exhibiting firms.

It was really nice and interesting to talk to the students. Some of them stayed for 10 minutes or more at our stand. That resulted in some really exciting talks!

Exhibiting company at the career fair

Largest number of companies so far

23 is the largest number ever of companies participating at the fair. More than 200 students passed by during the day. The exhibition area was pretty crowded and bottle-necky at times.

In addition to computer science students, the organizers had also encouraged students from related studies (Physics, Math, IT & Cognition, Communication and IT as well as Health & IT) to participate.

To compensate for the growth in participants, the exhibition area was expanded in time and space - by an extra hour and by including the lobby compared to last year where all the companies were squeezed into the old Library.

The organizers - primarily from DIKU Communication - are now evaluating the responses from students and companies. We have already received valuable feed-back and ideas for developing next year's fair. For, of course, we will be back in 2017!

Pictures from the K-day 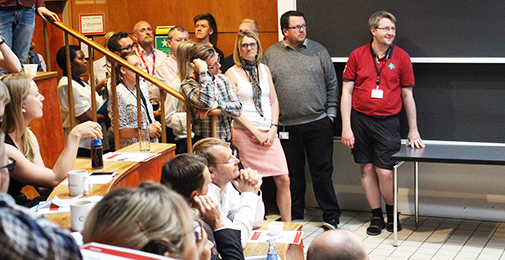 One Minute of Madness: All companies pitch their offers to the students in exactly one minute. 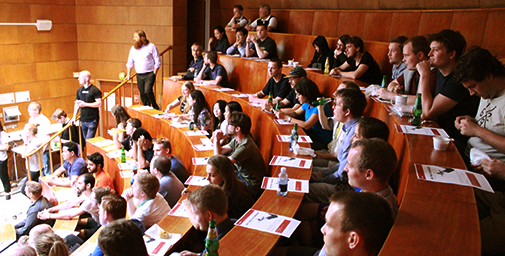 DIKUs Small Auditorium was pretty full at One Minute of Madness 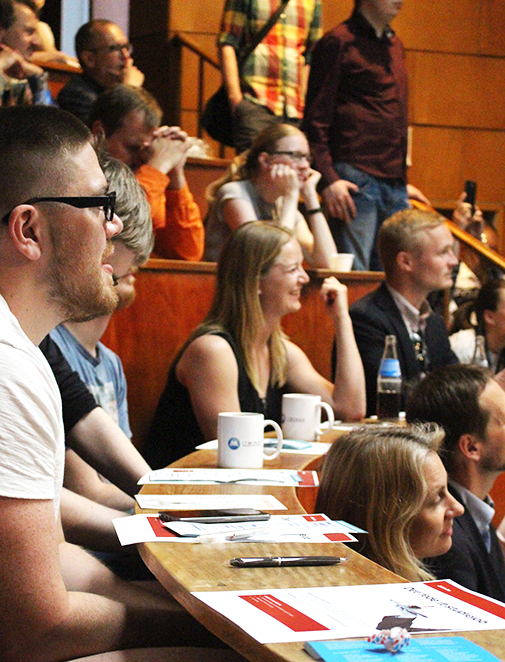 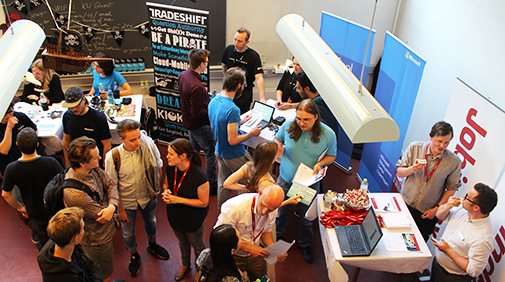 Students circulating at the stands 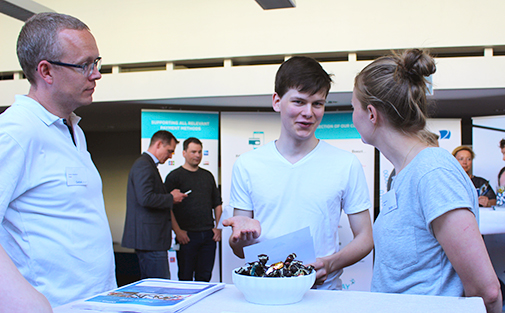 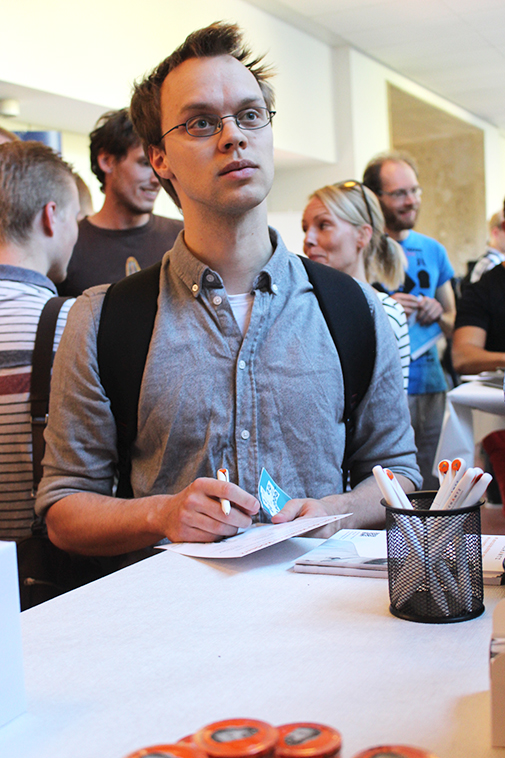 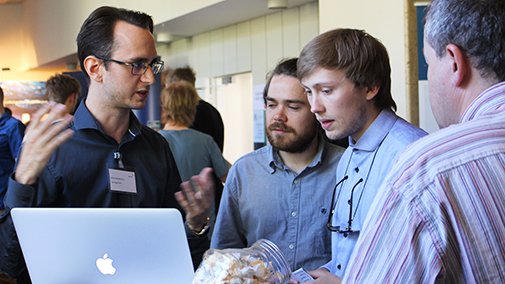 "Despite consistent rumours, we are pretty professional at the Tax Autority" Frank stated at One Minute of Madness. It gave access to a friendly laughter. And more visitors at the stand 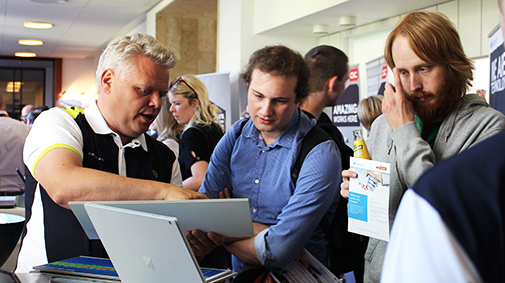 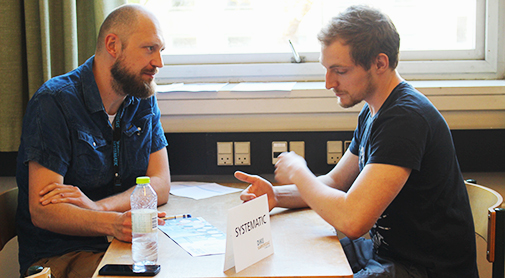 Company Dating for students who had signed up prior to the career fair. 8 minutes uninterrupted 1-1 talk. 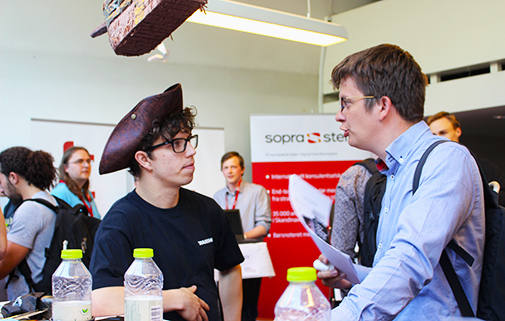 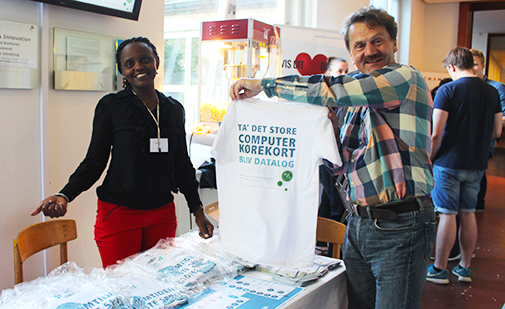 DIKUs new t-shirt with a slogan invented by a students were on sale for 100 kr. 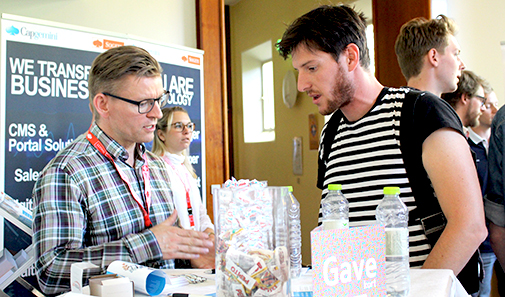 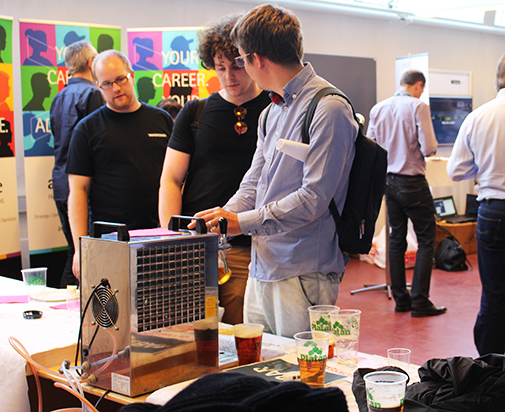 The final attracktion: Food, beer and wind. CapGemini Sogeti were co-sponsors of beer and wine. 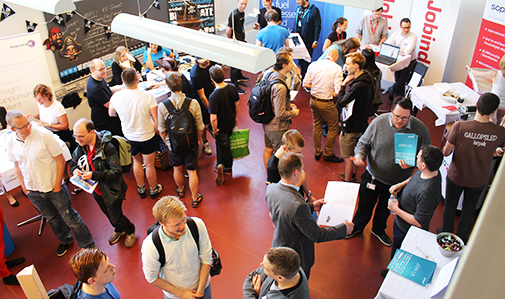 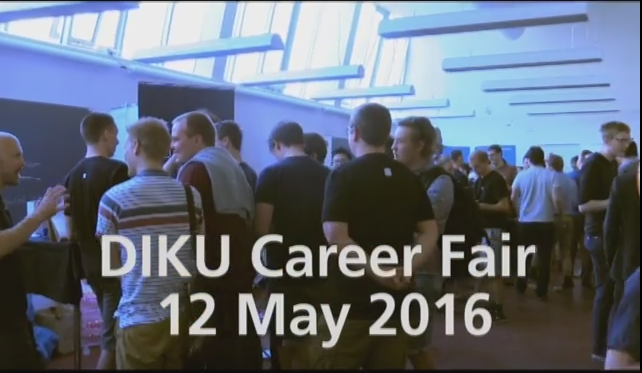