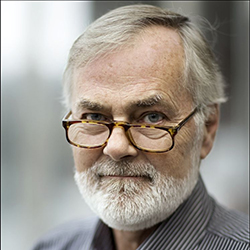 Our former colleague Hasse Clausen died on 7 February 2016 at the age of 70. Hasse, who held a M.Sc. in Mathematics from University of Copenhagen, was one of DIKU's very first employees - first as an external teacher and supervisor, and since 1970 as assistant and later associate professor until his retirement in 2009, when he was entitled 'Lektor emeritus'.

Link to the entire obituary in Danish