In 1992 a computer managed to beat a human professional in Backgammon – since then also Draughts, Chess and Jeopardy. Now, a computer has beaten the European Champion in what is considered the biggest challenge in artificial intelligence – the ancient Chinese game Go.

This was announced in a research paper published in the journal Nature on 27 January 2016 which reveals that the Google AI company, DeepMind, has solved the challenge when their program AlphaGo beat the European Champion, Fan Hui, five out of five times.

On the basis of this research, head of department and professor at Department of Computer Science, University of Copenhagen (DIKU), Mads Nielsen, visited the Danish TV channel TV2 News on Friday 29 January 2016 to explain why this is such a great victory and how it’s possible – and also, what the perspectives for the future are. 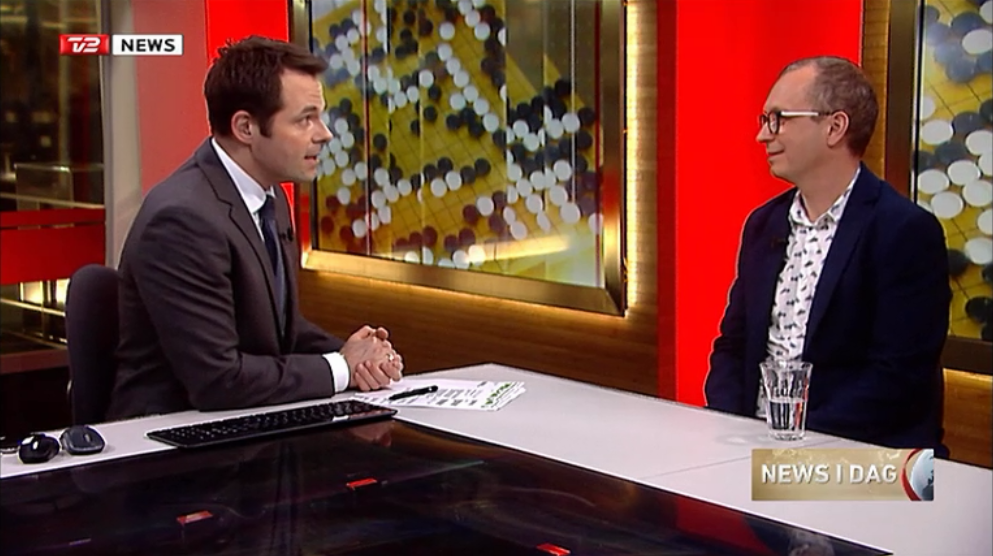 More possibilities than atoms in the universe

When the computer beat the human in i.a. Backgammon, Draughts and Chess it did it by trying out different solutions. However, in the game Go there are too many possibilities for which reason it’s impossible to solve the problem the same way:

- Well, there are more possibilities than atoms in the universe in the game Go, therefore it can't try out all of them, said Mads Nielsen in the interview. 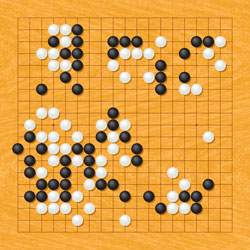 An example of the game Go

Instead the researchers have taught the computer how to play. They couldn’t tell the computer if a move is good or bad - on the contrary, the game is based on intuition:

- And it’s this intuition that the computer has had to learn, and that’s why, this is such a big step, said Mads Nielsen.

The computer learns the game by playing the game, also against itself. It learns to think ‘does this move resemble a move that has been made in a previous game?’ etc. Thus, the computer becomes better and better.

In the feature on TV2 News, director for DeepMind, Demis Hassabis, told:

- We always used to talk about, what if we could eventually crack Go and have a program that could beat the world champion. Then we must have invented some generic general purpose algorithm. So, maybe we're on the threshold of all of that and we’re very excited about it, but it is just one rung on the ladder towards solving artificial intelligence.

From self-driving cars to diagnosing in medicine

In closing, Mads Nielsen explained how we constantly surround ourselves with machine learning; when we see advertisements online and when Netflix chooses which content to present for us.

Furthermore he described how Google is experimenting with self-driving cars and how DIKU’s researchers are working on teaching computers to recognize illnesses by decoding patterns in i.a. MRI scannings in order to make earlier diagnoses and more precise diagnoses.

- Gradually, as the computer gets bigger and bigger, we can use this for much more complex problems – also in real life and not just for board games, he concluded.