The recipient of this year's SCIENCE Dissemination Award is a strong advocate in favour of strengthening children's digital skills, for instance by introducing computer science as a subject in Danish elementary schools. Phd student Martin Dybdal has set a good personal example and for the past 2 years has taught children in programming, computer aided design, electronic devices, etc. in his capacity as local Head of Department of Coding Pirates at University of Copenhagen. 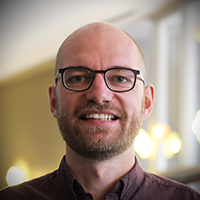 When the dean at Faculty of SCIENCE John Renner on Monday 12 December visits the Department of Computer Science to present Martin with the SCIENCE Dissemination Award, it is an expression of the Faculty's recognition that Martin has delivered the long haul required to plant the interest in for computer science and the world of Science in general with many Danish schoolchildren. The honour is accompanied by a check for DKK 25,000.

The establishment of the local Coding Pirates department on Department of Computer Science on UCPH Science (DIKU) has proven to be a huge success. DIKU’s Coding Pirates saw the light of day in March 2015 and have been in full activity ever since with approx. 25-30 children coming by every Monday at 5pm to learn how to program 2D or 3D games, control the robots, work with digital electronics, use 3D printers, and on the whole test their creative ideas. The waiting list currently comprises approx. 300 children.

Computer science is still absent on the curriculum at elementary schools

To prepare today's children and young people for the digital world has been a main motivation for Ph.D.student Martin Dybdal. Children need to learn that the computer is not just a piece of entertainment, but to a high extent is a creative tool, and that they themselves can contribute to shaping the digital world.

Martin sees his work with Coding Pirates as an experiment in how we can communicate computer science in a more engaging and social way, where children's own creativity and play plays an important role. Martin hopes that some of the experience he has done can contribute to strengthening the teaching in information technology and computer science in general. He already coaches the teachers at DIKU’s introductory courses at university level, IT teachers in upper secondary schools and also hopes to be able to reach out to primary and lower secondary school teachers with his experiences.

Martin, who is close to submitting his Ph.D. dissertation in programming languages for high-performance computing at Department of Computer Science on UCPH Science (DIKU) is rewarded for his persistent efforts to put computer science and natural sciences on the agenda in a broader sense, not least among young people, who are to take over and understand an increasingly digitalised society. 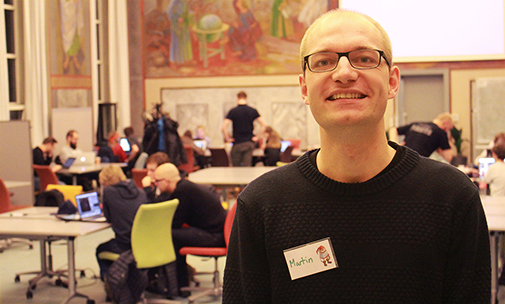 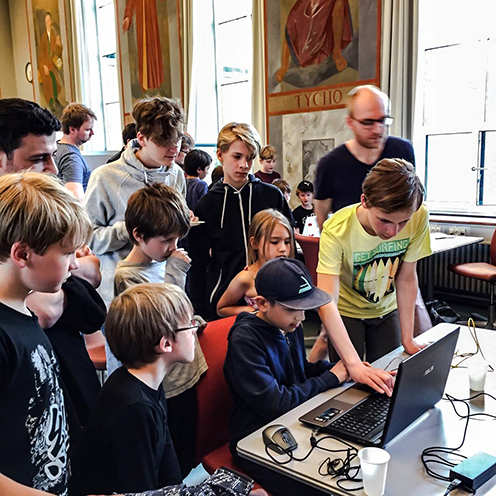 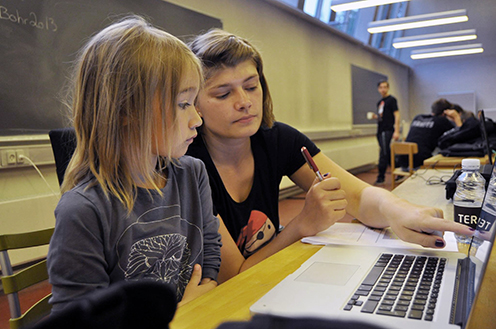 Coding Pirates is also for girls!

Martin Dybdal, together with Coding Pirates-founder Martin Exner is one of the prime movers of the association, is always willing to stand up and talk about coding in public. The result is a wide range of acclaims and positive press coverage of the Coding Pirates events - see examples here: