Computer Science at University of Copenhagen has jumped from a position as 49 to 11 on the ARWU ranking list of world leading universities in Engineering and Computer Science.

Computer Science at UCPH is now definitely part of the world elite of CS universities. It has made its highest jump ever on the  ‘Academic Ranking of World Universities’ – also referred to as the Shanghai-ranking list. 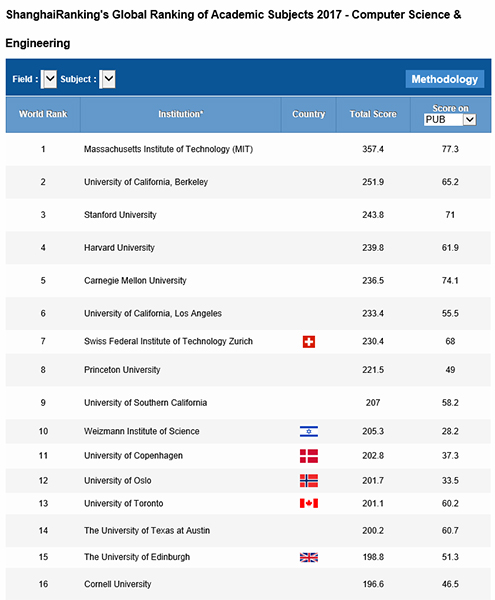 The Shanghai-ranking is always anticipated with great anxiety by DIKU, because in addition to the general Top 500 university comparison, where UCPH (University of Copenhagen) holds a comfortable 30th position, it also generates a special Computer Science and Engineering ranking list only for universities teaching CS subjects.

It is on this list that Computer Science at UCPH has achieved its best result ever, a notable 11th position compared to last year's 49th position. At the Department of Computer Science everybody is enthusiastic about the record breaking result - also because this should be compared to the relatively small size of the Department (approx 100 staff).

What is good for DIKU is also good for UCPH - and vice versa!

Mads Nielsen, Head of Department at DIKU, says about the position as no. 11: "We had expected to make an increase, but not at all to the extent actually achieved.

Our increase is mostly ascribed to our increase in Citations per Publication, a result of a focused effort over the past years.

The good result also reflects the fact that we have increased the number of students and that our financial situation has been consolidated over the past five years." 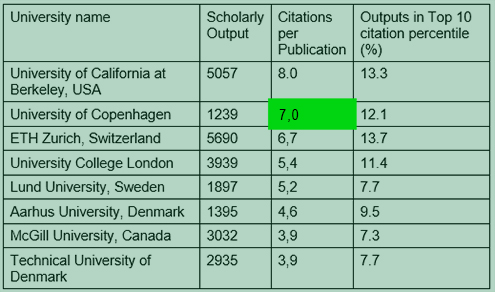 The Scopus’ comparison of activities in computer science of some universities.

According to Mads Nielsen, this new ranking position is very important - both as regards the attractivity of DIKU and UCPH to high level researchers and master students from all over world - ranking does count! But just as much does it improve the career prospects of Danish students and young researchers dreaming of a career abroad that they debark from a top ranked university.

"The fact that we can assert ourselves in the company of world renowned universities such as MIT (Massachusetts Institute of Technology), Berkeley, Stanford, Harvard, Carnegie Mellon og Princeton - with whom we, of course, also collaborate, means that we have an excellent platform for recommending our best students to world-leading universities", Mads Nielsen concludes.