Who will become the next Danish Champions in Programming 2017? 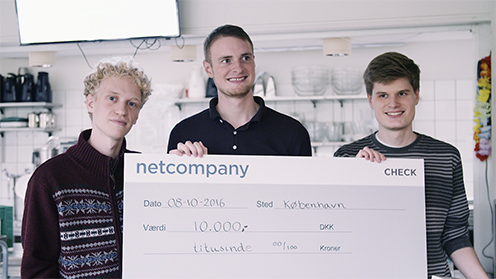 The Danish championship in programming is sponsored by two members of DIKU Business Club: Netcompany and Jobindex, and has for the past couple of years been hosted locally at University of Copenhagen in Universitetsparken.

The number of teams for the competition taking place on 7 October has increased steadily over the years. The Danish programming championshiop takes place simultaneously in Aarhus, Aalborg and Copenhagen. Already now, Aarhus have full house with 30 teams, Aalborg has 6 teams and at UCPH's capacity has been increased to 40. There are, however, still a few vacant seats in Copenhagen, so you can still sign up!

At DIKU (UCPH) it is anticipated with anxiety whether last year's winning team Lambdabamserne will reemerge and defend their current position as most winning team ever with 6 championships. Expectations are high and we all hope that UCPH will regain its first position - whether by Lambdabamserne or another great team.

The winning team qualifies for the European championship, NWERC, taking place on 25-26 November in Bath/England, and receives a travel gift cheque for DKK 10,000 to support the trip.