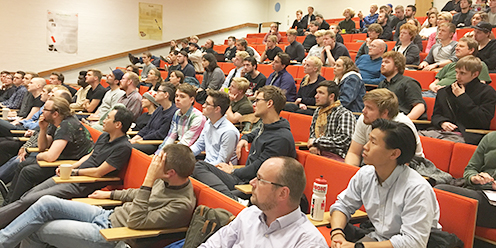 DIKU Bits is the name of an open lecture series which takes place approx every second Friday during the lunch break. The first lecture took place on 8 September 2017 and since then, five lectures have been conducted with great success.

Behind the initiative is DIKU's Vice Head of Teaching, Martin Lillholm, and Vice Head of Research, Jon Sporring, who wanted to bring the research closer to especially the bachelor students:

- In the lectures, DIKU's researchers have the opportunity to give a focused research presentation, e.g. based on a paper, a recent research result or a new research area - in a way that bachelor students understand it, says Martin Lillholm.

So far, the students have gained insights into i.a. big public it projects (and why they often fail), smart contracts and blockchain as well as how to handle uncertain data in connection to e.g. medical image analysis.

In each block, four lectures will be conducted. Thus, the students will have the opportunity to be introduced to 16 'research bits' throughout the academic year and gain insight into a big variety of DIKU's research areas.

Friday 24 November 2017, the first lecture in block 2 took place. If DIKU Bits continues to attract a lot of students, it's a concept that will continue beyond the present academic year. 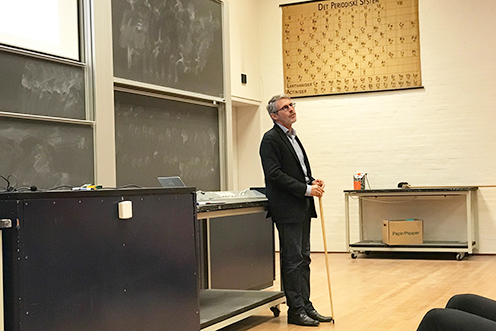 Professor Jørgen Bansler was the lecturer at the first edition of DIKU Bits with the lecture "Why do big public IT projects often fail?". 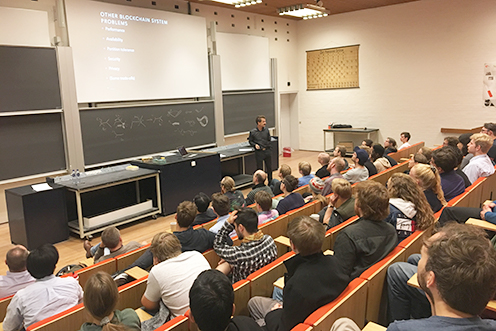 The second lecture was by professor Fritz Henglein, entitled "Why smart contracts are neither smart nor contracts".