On 13 March, approx. 40 researchers and students from University of Copenhagen were gathered with the purpose of creating a joint vision for an interdisciplinary UCPH Makerspace. The initiators was Pernille Bjørn and Kasper Hornbæk, professors at DIKU.

The purpose of the start-up meeting was to compile ideas from a wide spectrum of University of Copenhagen and create a foundation for a joint vision as to how a future UCPH Makerspace could look like.

And it was a success. At the meeting there were representatives from many parts of UCPH - including the SCIENCE, HUM and SUND faculties as well as Copenhagen Science City, Skovskolen, Studenterhuset, Innovation Hubs, NBI Legestuen, og KUB (Copenhagen University Library) – that represented i.a. researchers and students from Computer Science, Centre for Textile Research, SCIENCE Education, Medicine, Biology, MEF, Nordic Studies, Physics and Mathematics.

The participants were divided into groups to discuss ideas. Which activities should a Makerspace accommodate? Which resources and competences are required? How should it be reached - and by who? This was some of the questions the ideas tried to answer.

Finally, the participants gazed into the crystal ball and came up with their suggestions on how a UCPH Makerspace would look in 5 years.

Next step will be to compile all the ideas into one joint vision, after which the work will be focused on making the vision a reality. 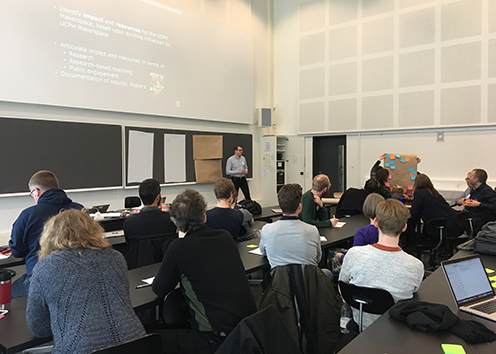 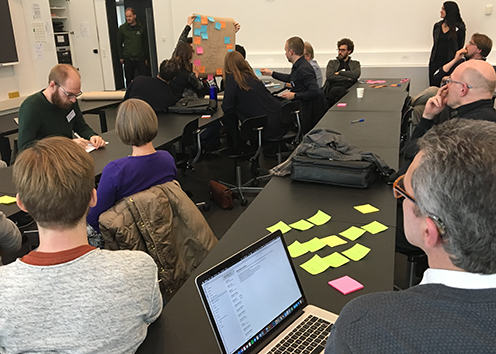