DIKU celebrates Ada Lovelace Day with an event on 9 October

How do we engage more women in technical as well as computer science study programmes (STEM)? Among other things by featuring female role models in IT when celebrating Ada Lovelace Memorial Day on 9 October. 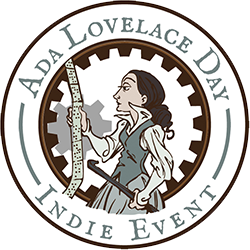 DIKU and the company 3Shape have joined forces to establish a common event in Denmark. We have invited a number of women in TECH and IT to tell about their study choices and career paths. The purpose is to demonstrate that women also can be at the forefront of research and tech development and inspire young women to look into the still quite male-dominated world of TECH and IT.

On you can meet women in research, amongst others DIKU's associate professor Aasa Feragen, as well as women working within IT project management, development and programming from the companies NETS, Oticon and 3Shape itself. After the there will be networking and possibility to talk to the speakers about being a woman in the IT business.

The target group for the event is very broad - ranging from upper secondary school girls, considering studying within ,  to university graduates wanting to expand their network or simply men and women who are interested in gender equality in general. Participation is free,  the seats will be awarded according to the first come first served principle.

Ada Lovelace in a historic perspective

When the no. of female computer science students was at a low in 2015, we featured women in in the below article to encourage more female students to go for a technical or scientific education.

Get of female computer scientists right in  Women, go back to the keyboards!