Jon Sporring inaugurated as a professor

An enthusiastic professor initiated the audience into the various fields of his research over the past 20+ years. The emphasis was on how to analyse MRI scans of the body or parts of it for medical diagnosis, notably to deduct information from representations of brains in images broken down to digits nearly as small as atoms.

On 19 September 2018 the last professor inauguration of the year was celebrated, namely that of Jon Sporring. Jon has been an associate professor at DIKU since 2003, but also took both his MSc and PhD at the Department of Computer Science back in the 90'ies.

On this Wednesday the new professor title was duly defended by introducing the audience into a range of Jon's current research fields. He is particularly engaged in performing research in medical imaging and has over the past years paid special attention to brains as well as their digitized representation, whether human or animal like e.g. mouses and rats, to extract information about brain activity and possibly to predict diseases or diagnose stress symptoms.

More recently, Jon has focused on digitizing the animal collections at the Danish Natural Historic Museum, starting with butterflies. Looking at the future, Jon will be the Department's main contact person in the coming cross universitary cooperation within the ESS og MAX IV projects, using the facilities of their synchrotron X-ray electron microscope to gain access to hitherto unseen resolutions of images.

See photos from the inaugural lecture and the reception. DIKU congratulates Jon Sporring with his professor title. 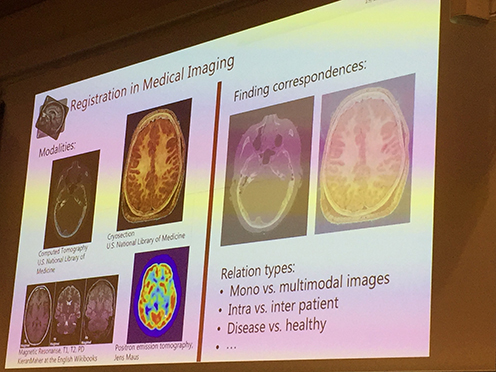 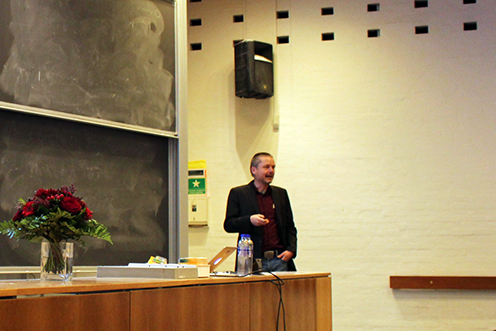