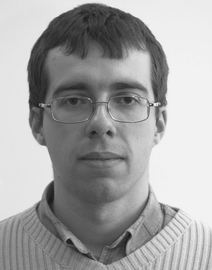 The on-line graph coloring problem is modeled by a game between two players: Presenter, who constructs a graph of some fixed class presenting new vertices one by one, and Algorithm, who colors each vertex right after it is presented without the possibility of changing the color afterwards. The goal of Algorithm is to use as few colors as possible, while Presenter tries to force Algorithm to use many colors. Any game of this kind gives rise to a new class of graphs, called game graphs, which "encode" strategies of Presenter in the game. The chromatic number of such a game graph is equal to the number of colors that Algorithm is forced to use playing against the corresponding strategy. It turns out that game graphs of appropriately defined games can be modeled as intersection graphs of geometric objects. This is the key idea which combined with on-line competitivity analysis and graph decomposition techniques yields lower and upper bounds on the maximum possible chromatic number in various classes of geometric intersection graphs. I will survey results obtained with this method, present in detail its application to constructing triangle-free geometric intersection graphs with arbitrarily large chromatic number (solution to a problem of Erdős from the 1970s), and discuss several open problems that arose from this research. This is my joint work with various coauthors during last 2 years.

Read more about Bartosz Walczak on his own website.