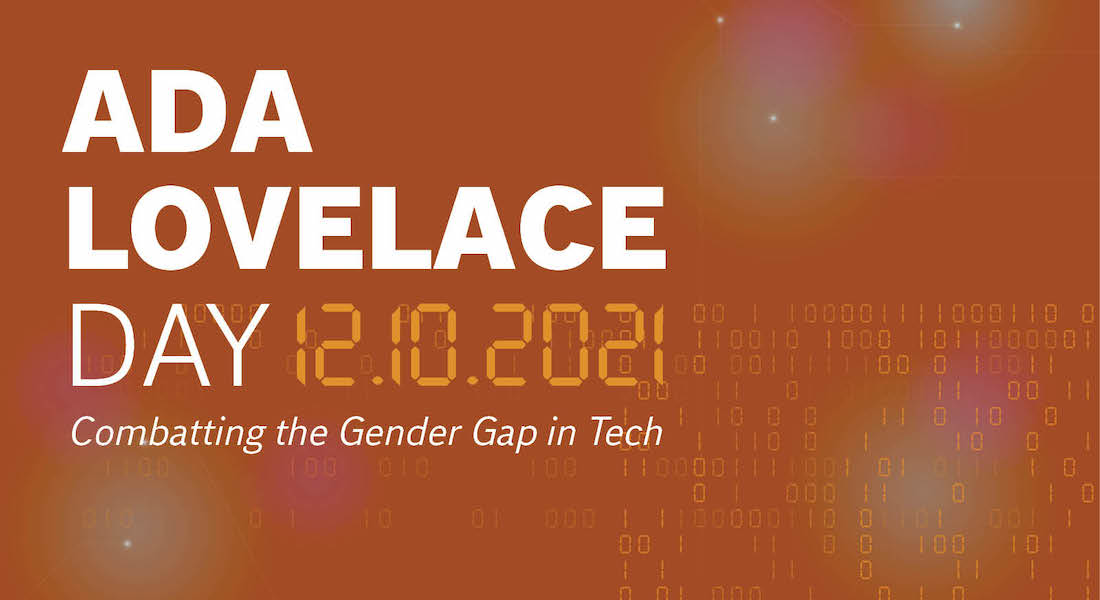 How do we combat the gender gap in the tech industries in Denmark? And how can companies and universities jointly find solutions enabling Denmark to catch up with the other Nordic countries? Join us this afternoon for inspirational talks, cases, debate and networking to celebrate Ada Lovelace Day.

Why is this important?

Today, far too few women in Scandinavia are pursuing educations and careers in tech and IT, and according to The Women in Tech Index, Denmark ranks lowest in Scandinavia in areas such as the number of women in IT positions and the tech wage gap between men and women. This creates several problems in a society where understanding digitisation and the ability to develop and use technology is becoming more and more crucial.

We are and will become even more short of labour educated within STEM in the coming years. With the gender imbalance, the tech industry misses out on a large amount of potential and talent that can create great value for our society.

Why should you participate?

At this event, the Confederation of Danish Industry (DI) and the Department of Computer Science at the University of Copenhagen (DIKU) have joined forces on the official date of the celebration of Ada Lovelace Day to inspire businesses, universities and organisation’s achievements towards more diversity in tech and join the discussion on the continuous efforts focusing on both the gender agenda, initiatives to push the agenda, and a wider focus on diversity in general.

Ada Lovelace (1815 - 1852), was a mathematician, inventor, translator, poet, engineer and is recognized as the world's first programmer. Ada Lovelace wrote the world's very first "computer program" for a machine that she, with mathematician and computer pioneer Charles Babbage, had devised. The Machine was called the analysis machine.

On Ada Lovelace Day, which is held on the 2nd Tuesday in October, female pioneers and inventors within STEM (Science, Technology, Engineering and Mathematics) are celebrated.

Organizer: the Department of Computer Science at the University of Copenhagen (DIKU) and The Confederation of Danish Industry (DI)

Parking at University of Copenhagen requires a one-day guest parking ticket. You can obtain this when you arrive at the event. The ticket has to be placed in the windscreen, therefore arrive in good time before the event. Remember also to set your parking disc (valid for max 15 minutes) before picking up you ticket. See parking areas here (Festauditoriet is placed in area 1).