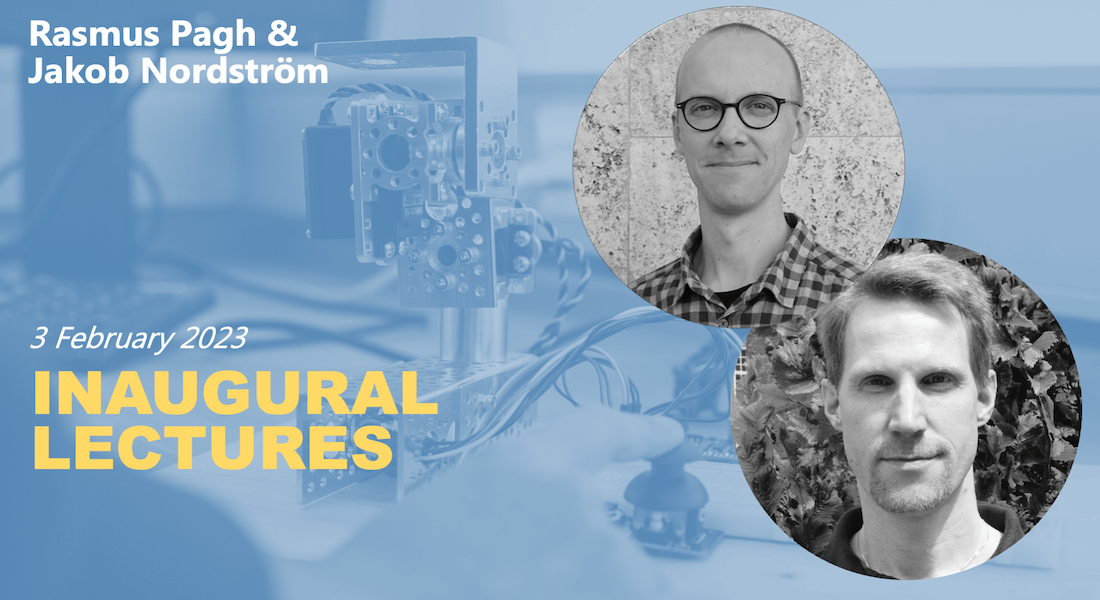 To celebrate their appointments as Professors at the Department of Computer Science at the University of Copenhagen, Rasmus Pagh and Jakob Nordström will give their inaugural lectures on 3 February at 2:15 PM and 3:00 PM, followed by a reception.

A key challenge in computing is controlling complexity and obtaining reliable, transparent behavior. Paradoxically, introducing uncertainty in the form of randomness in algorithms is often the only way of achieving the properties we want, such as scalability, reliability, accuracy and privacy. However, to tame the beast of randomness we need a solid mathematical understanding. In this talk I will illustrate our work on taming randomness with a simple example problem: Counting different types of events. Though this problem can be solved with algorithms taught to first-year students, it becomes challenging when there are so many events that we cannot keep track of them all, or when individual events may be considered sensitive data. We will see how randomness can be used to address both these challenges. 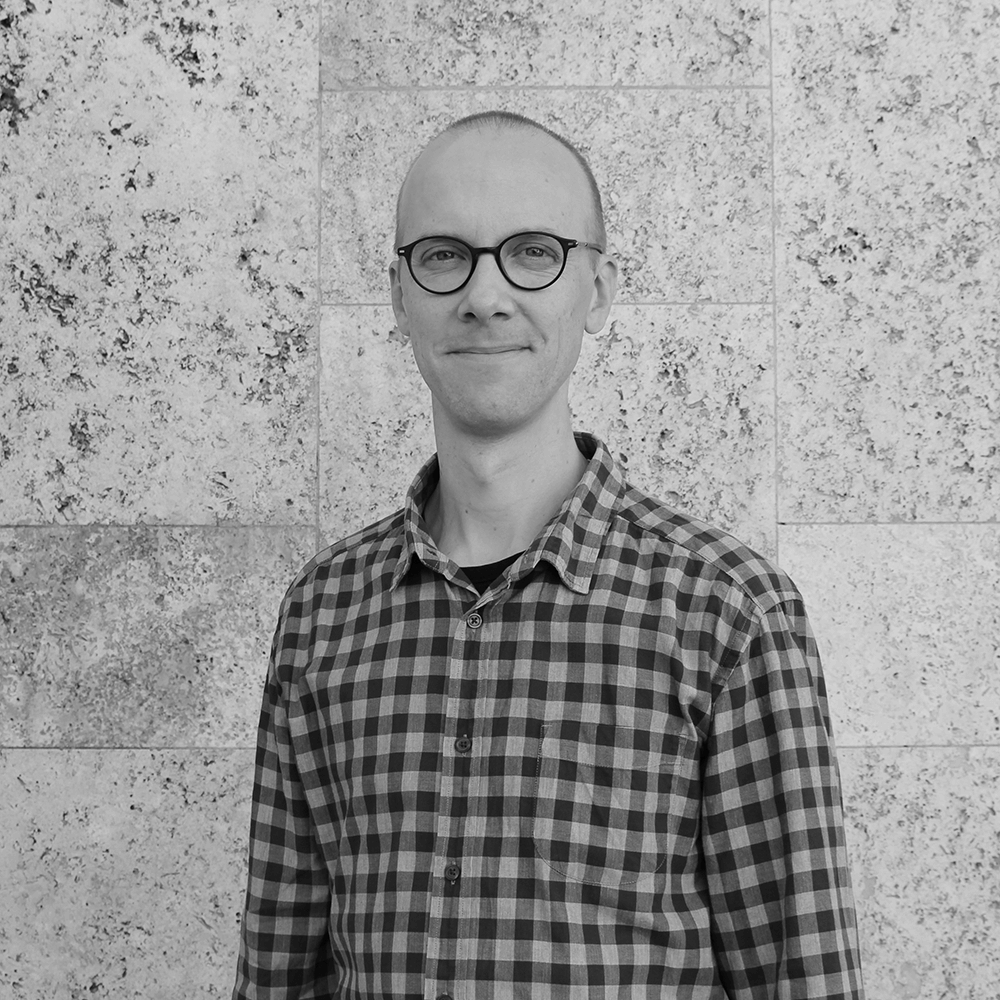 Rasmus Pagh received his PhD in computer science from Aarhus University in 2002 with a thesis on hashing algorithms. He was a faculty member at IT University of Copenhagen from 2002 until  joining University of Copenhagen as professor in December 2020. Rasmus has been on sabbatical research stays at Carnegie-Mellon University, at the Simons Institute for Theory of Computing in Berkeley, and at Google Research. His research has been supported by, among others, an ERC Consolidator Grant and a Novo Nordisk Distinguished Investigator Grant.

The Computational Challenge of Combinations

Combinatorial solving deals with problems that are solved by combining objects, but where these objects cannot be subdivided to make it easier to find solutions. To see what this means, note that in a power grid we can fine-tune voltages and currents to get the right power distribution, but if we want to distribute packages between delivery trucks, there is no way we can fine-tune the load balance by assigning 90% of a package to one truck and the remaining 10% to another. This fact makes combinatorial problems computationally very challenging. In this talk, I will discuss three aspects of my research on combinatorial problems: 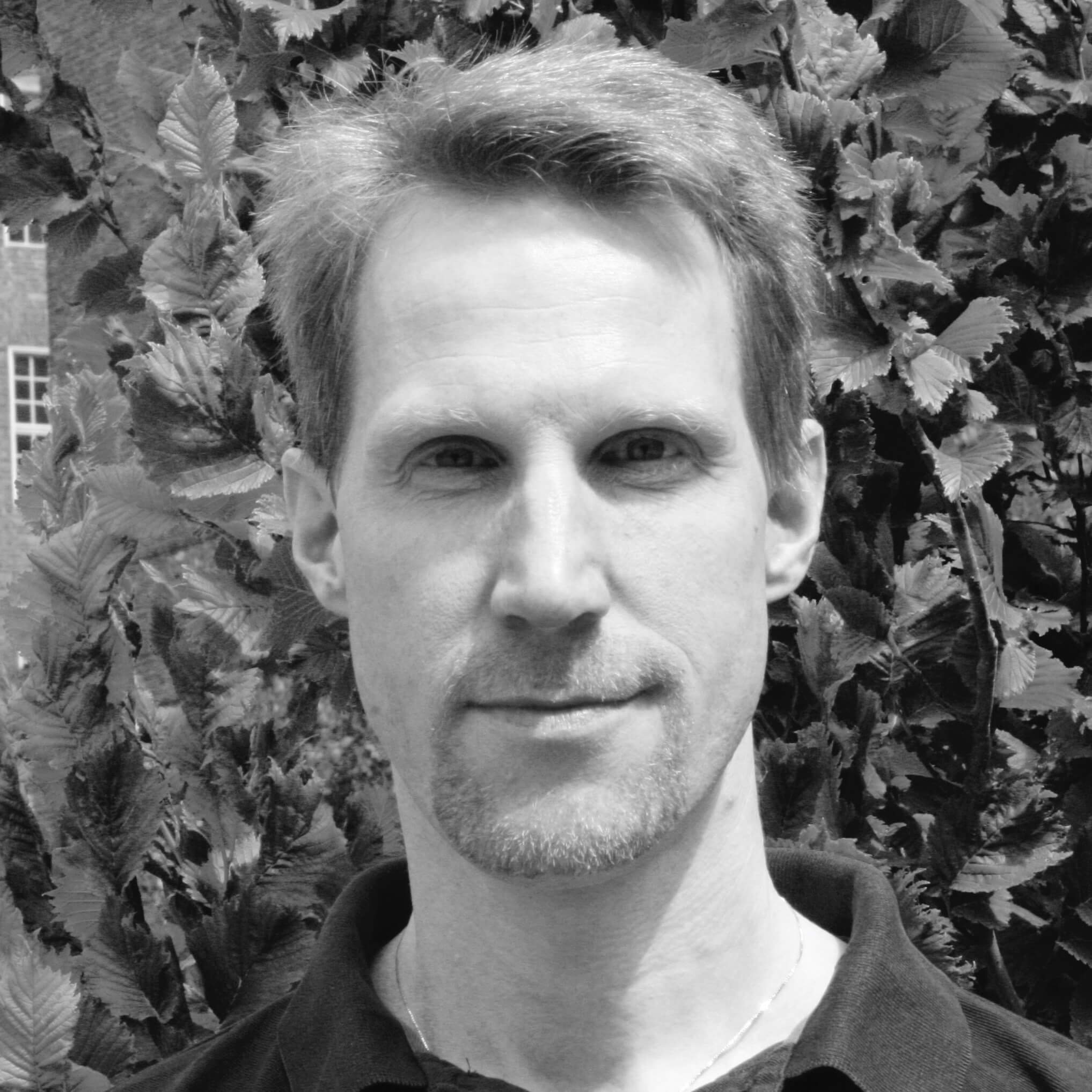 The lectures will take place at: