True to tradition, Netcompany, Jobindex and DIKU Business Club held the Danish Championship in Programming Saturday 5 October. The two spots at the top of the podium were filled by students from Copenhagen University.

You could continuously follow the score on the scoreboard and it the room it was physically visible how the competition progressed - one solved assignment meant one balloon for the team, so it was increasingly festive to look out over the record breaking amount of participating teams. One hour before the end of the competition, the scoreboard was frozen to keep the final score secret.

Anne from Netcompany entered the Student Canteen with a large cardboard check of DKK 10,000 for the winning team and announced a 3rd place for TREE (3) is just a constant from Aarhus University - an announcement meet with playful irritation from the crowd. However, cheers broke out when it became clear that The floor is made of Java from University of Copenhagen took 2nd place and 1st place went to Ballondyrene (the Balloon animals) also from University of Copenhagen.

The three teams from the Danish competition will now advance to the Northern European semi-finals in the Netherlands. From there, 10 teams can advance to the World Championship.

Images from the competition 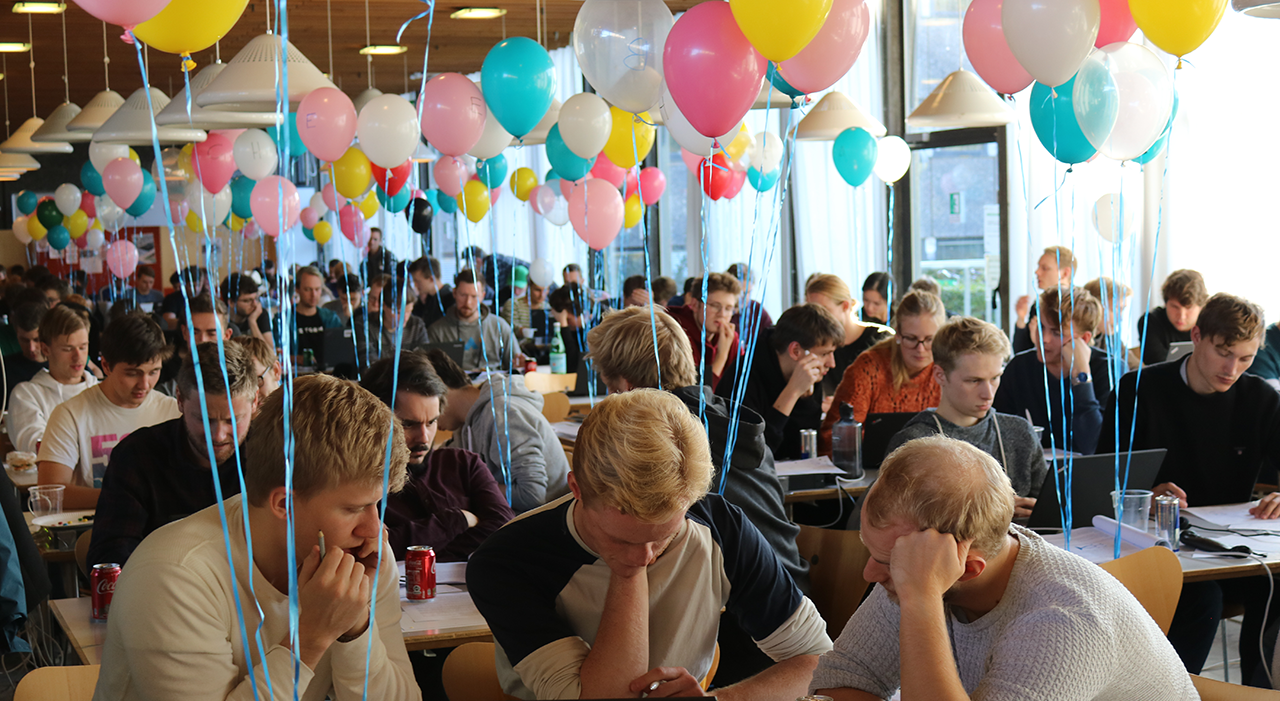 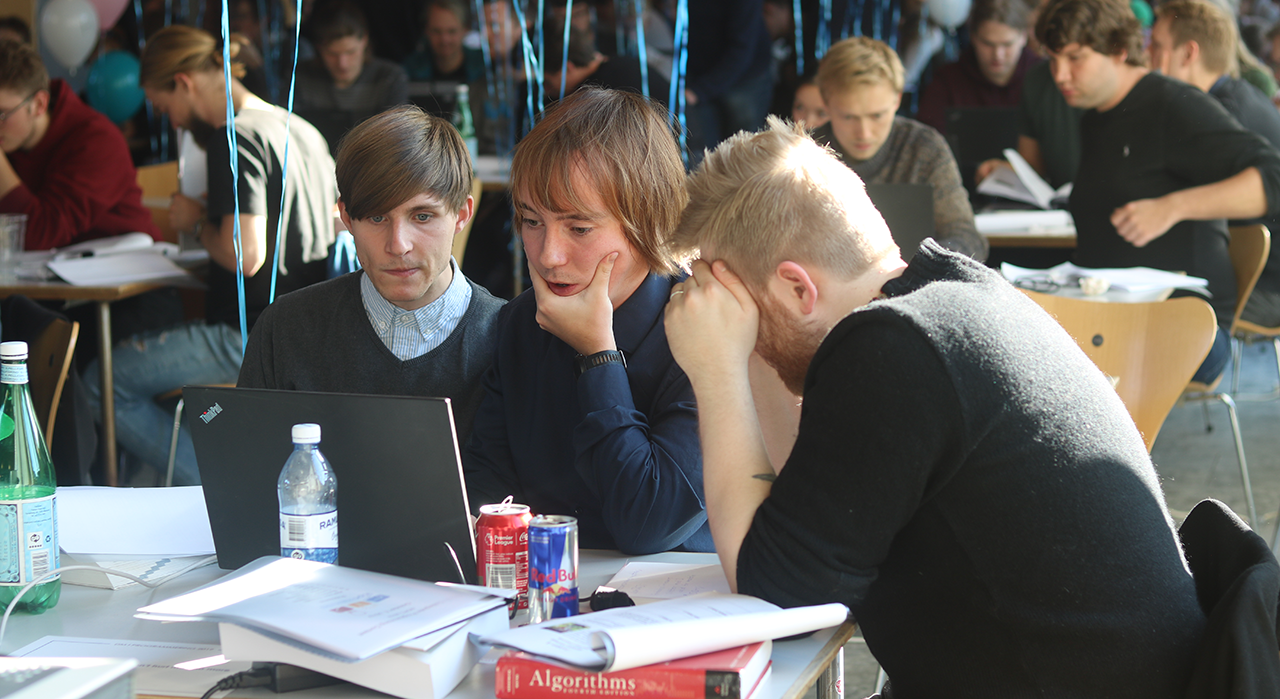 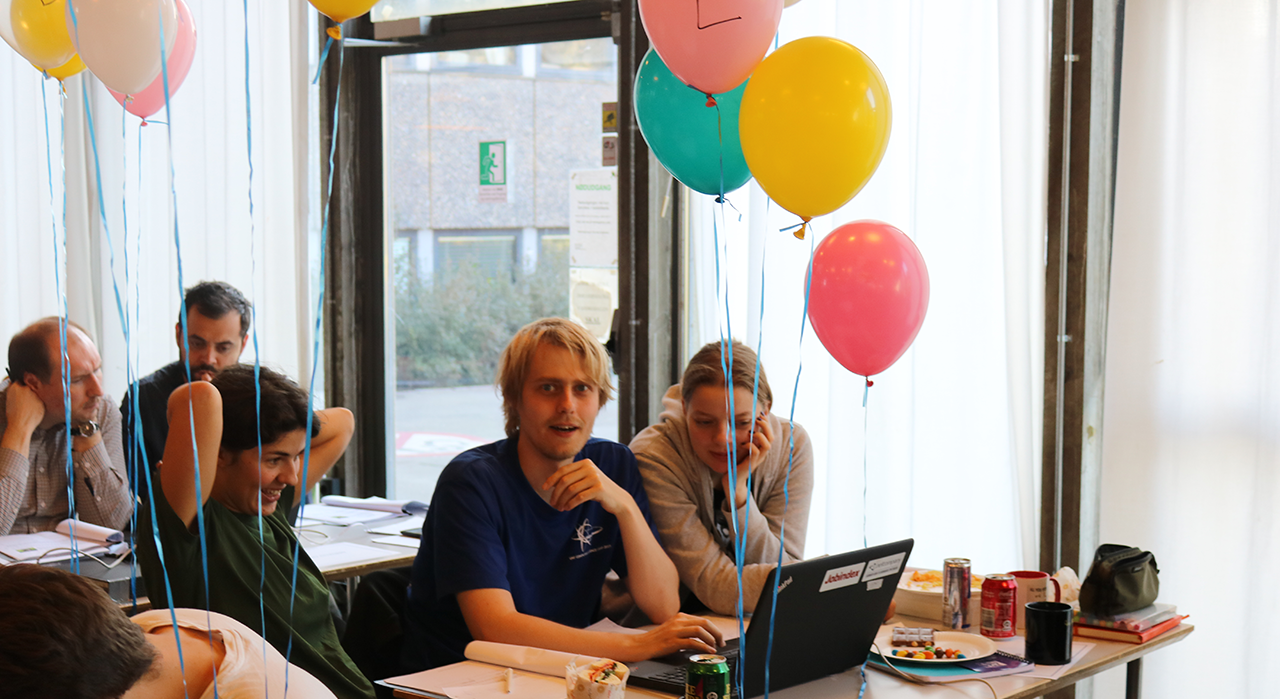 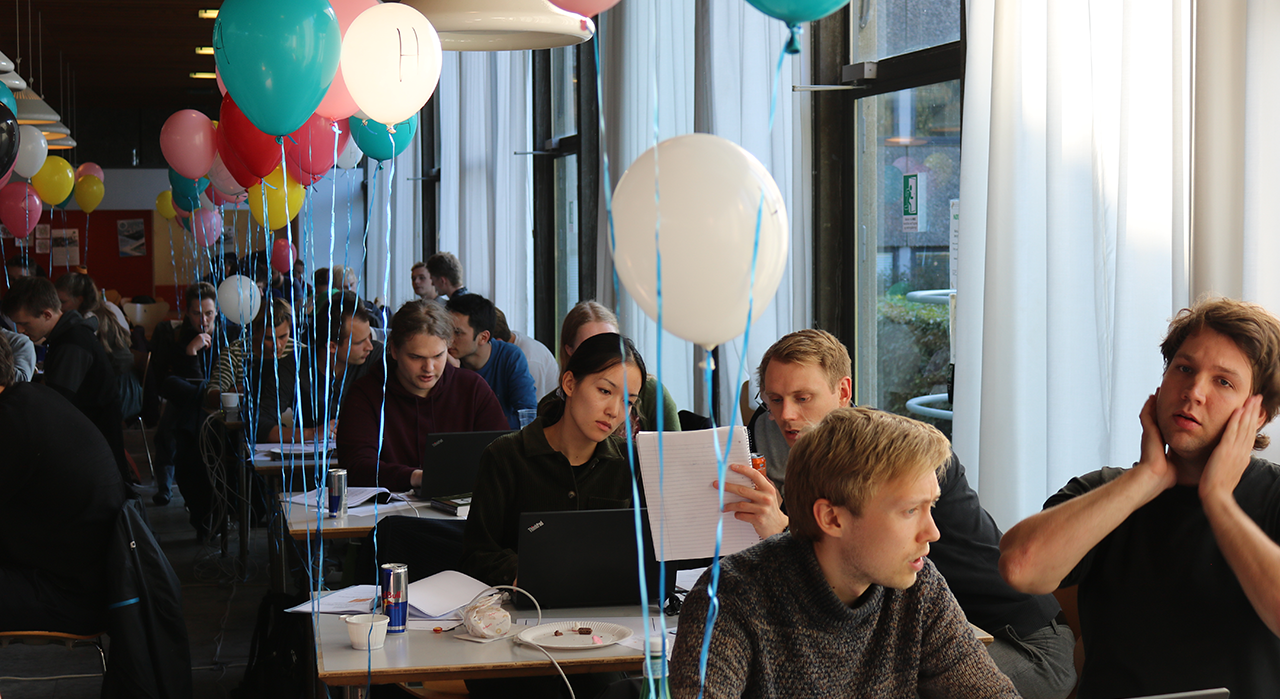