Computers are indispensable in everyday life – from when we’re using our smartphones to feeling safe on a plane. Glynn Winskel, who joined DIKU as a part-time Professor on 1 October 2020, is conducting research that plays a central role in advanced applications, both for today's and future computers. 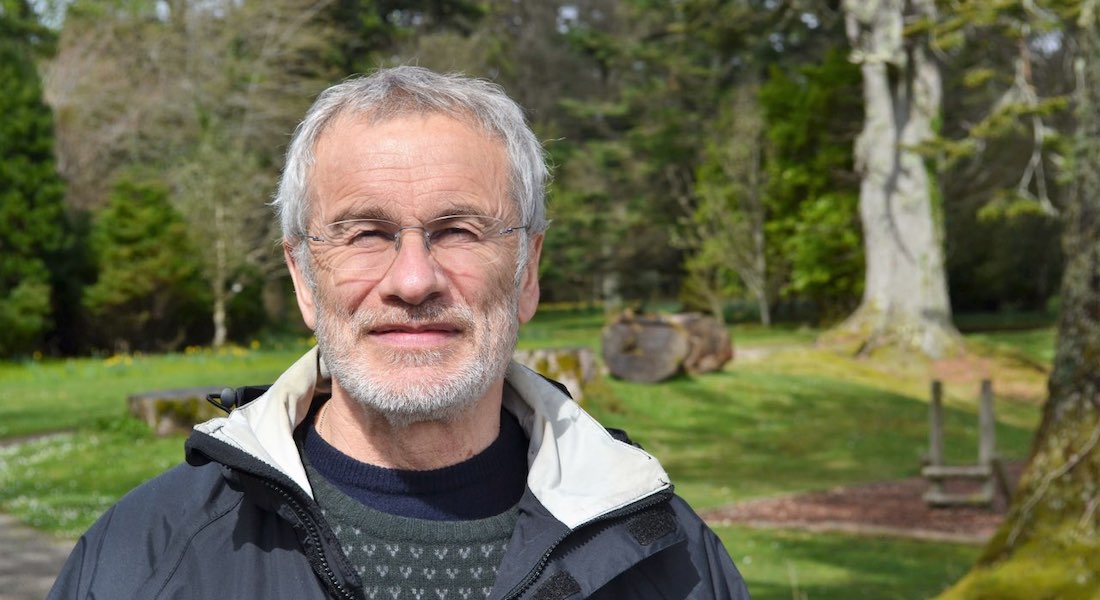 All programs in our computers are encoded through a programming language that causes the computer to perform computations. A prerequisite for being able to write safe and accurate programs is to understand why programs act the way they do. What does computation mean? What is possible and impossible?

It is fundamental computer science questions like these that DIKU's new professor Glynn Winskel has explored throughout his career. Glynn deals with the semantic aspect of programming languages, that is, the mathematical descriptions of what programs do – a fundamental research area that has proven crucial as computers have become more and more advanced.

- The mathematics used to describe early computers cannot adequately describe the computational processes of modern computers. Today, computation is highly interactive, with many computers running simultaneously in interaction with each other. Together with colleagues, I have developed a mathematical theory of interactive games, not for computer games, but because many computational processes can be understood as strategies, whether they be traditional programs or probabilistic or quantum programs.

- When we have a mathematical framework for how programs work, we can better ensure that programs run safely, depending on the context. We need to be able to understand the underlying phenomenon – computation – to make the programs behave the way we want them to, says Glynn.

One area where there is a great need for a fundamental theory of what programs do is in quantum computation. Over time, the hardware of our digital computers has become increasingly dense and the software has become faster, but at some point, the limit of this development will have been reached. A new type of computer is needed, namely the quantum computer.

Quantum computers have the potential to perform very advanced computations with ground-breaking speed and efficiency, making the area of quantum computation highly critical and competitive across countries. The area is still under development, and with Glynn’s theory we have the best basis for examining how to write quantum programs:

- We do not yet know how to design programming languages best suited to quantum computers. Because quantum machines will be built in a completely different way than our traditional computers, we need to rethink how to program them. Through quantum games, we have one of the best theoretical foundations for developing and understanding quantum programming languages, both as they are now and can be in the future, says Glynn.

With Glynn on board, the University of Copenhagen’s research in quantum computation will be strengthened. Professor Jakob Grue Simonsen, head of DIKU's Programming Languages ​​and Theory of Computation section, is delighted about this:

- For four decades, Glynn Winskel has been an absolute top researcher, who has helped to create the development in semantics for many types of programming languages. Many younger researchers have based their work on Glynn's results, especially in concurrency in computations. We are all very much looking forward to working with Glynn, and we are certainly pleased that a capacity like him can help build DIKU's part of the power centre in quantum computers and quantum computations that Copenhagen is becoming, says Jakob Grue Simonsen.

Glynn Winskel officially joined DIKU on October 1, 2020. On May 7, 2021, he will give his inaugural lecture. Keep an eye on DIKU's event calendar for more details.

Originally, Glynn studied Mathematics at the University of Cambridge, and Mathematical Logic at Oxford, UK, before turning to Computer science for his PhD at Edinburgh. Afterward, he worked as a Royal Society Postdoc at Carnegie Mellon University, US, invited by Dana Scott. Then he took up a lectureship at the University of Cambridge and a professorship at Aarhus University. At Aarhus University, he was awarded funding by Denmark's Grundforskning foundation to head a research centre in Basic Research in Computer Science (BRICS).

Glynn rejoined the University of Cambridge as a Professor of Computer Science in 2000. He was awarded an Advanced Grant by the European Research Council for his project 'Events, Causality and Symmetry – the next generation semantics' in 2011. Also, he is a member of the Academia Europaea.

At DIKU, Glynn will work with researchers with structural game theory, in particular in the semantics and analysis of quantum computation.