In the last month, the Information Retrieval Lab has had a string of huge international successes in artificial intelligence.

- I’m very proud that one of our papers received glowing reviews and was ranked at position 2 out of all submissions. This means that our research, when competing with the biggest international players from both academia and industry, such as Google, Microsoft, Baidu and Deep Mind, is ranked in the top 1%, says associate professor Christina Lioma, who leads the IR Lab.

- In the last 12 months, we have participated in four international AI competitions, and have come 1st in two of them and 2nd in two of them. We are competing with top academics and industry globally, and I’m happy to say, that we have now established Copenhagen as a clear leader within this field, says Christina Lioma. 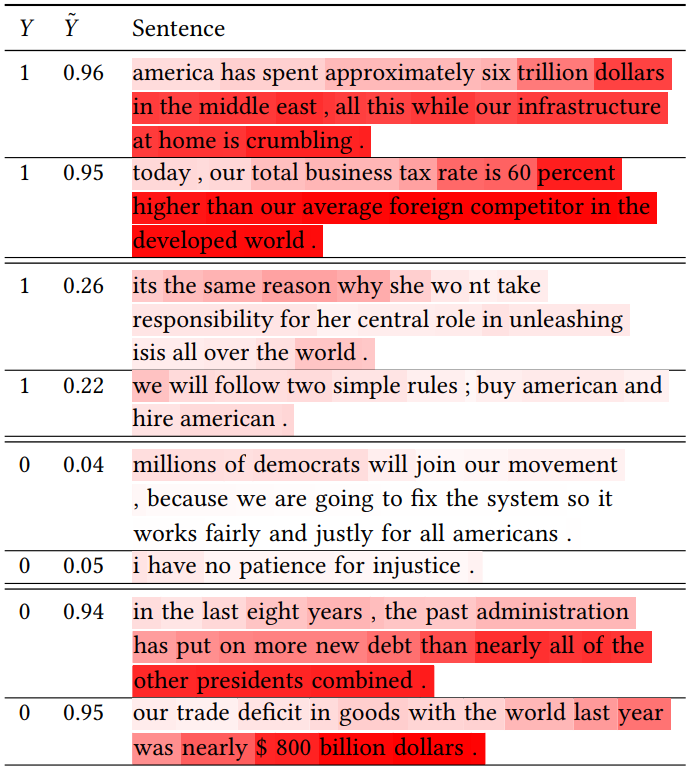 The table highlights both check-worthy and normal sentences by US politicians from the 2016 presidential election. Dark red areas are deemed the most important for the prediction of check-worthiness, and correspond to sections that a journalist or automatic fact-checker should investigate.