DIKU’s research and study programs have already been highly targeted at the business community for several years. The Department is now strengthening its efforts by establishing a new unit for Business and Innovation. The new unit has already introduced its first initiatives. 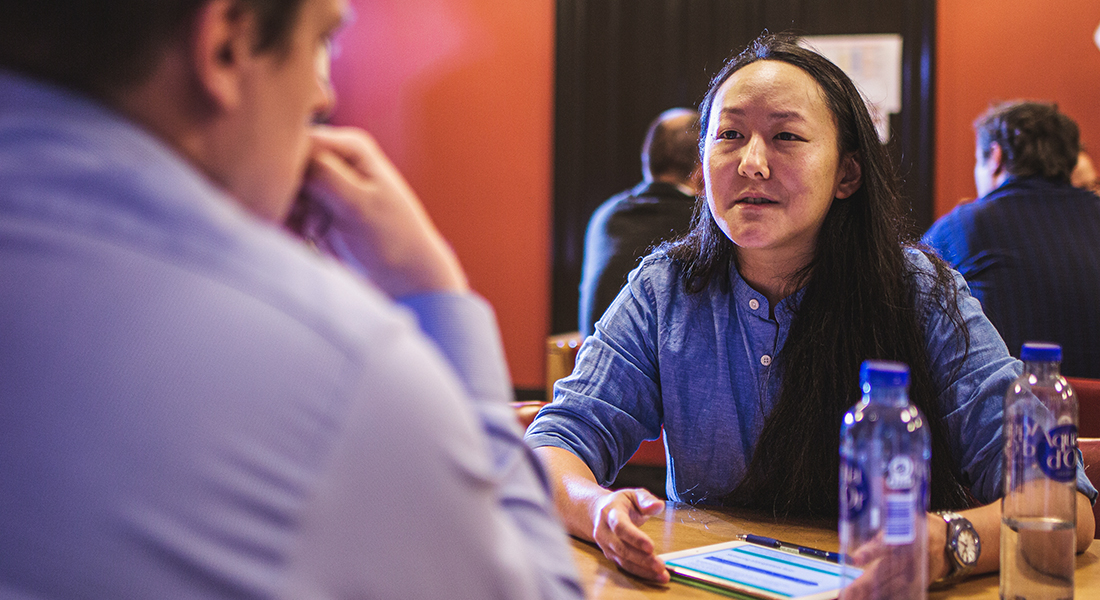 With the appointment of Anders Pall Skött, the Department of Computer Science at the University of Copenhagen is strengthening its focus on effective matchmaking between the Department's research and the digital solutions that society is looking for.

Anders Pall Skött will be leading the newly established unit Business and Innovation, which houses the Science AI Center and DIKU Business Club.

- At DIKU, we build things that can make a difference for people and create benefits for society. To ensure that our research does the benefit it was created to do, we are now increasing our efforts to create even better collaboration with business, industry, and public institutions, says Mads Nielsen, head of the Department of DIKU.

The increased focus has already led to more business-oriented initiatives. For example, a brand new webinar series has been launched. The virtual presentations are called ' Computer Science Impact for Industry ', and the first webinar was aimed at the healthcare sector (read more about the webinars here). The next event is the 20th of August 2020.

Cooperates broadly in a new cluster

At the same time, the new Business and Innovation Unit has also been part of the founding forces behind a brand-new cluster community called DigitalLead. The new cluster will be one of several that Anders Pall Skött and his team will be involved in.

DigitalLead is the first nationwide cluster organization for digital technologies and is to bring research efforts from all Danish universities together with practitioners from the Danish business community.

-The synergy that arises between the companies and our research, when we work together, is worth a lot of gold both for our research results and for the company's bottom line. That's why we've worked hard to get this new nationwide collaboration up and running. And we are therefore also active in a wide range of other cluster organizations, such as fintech, game technology, and energy.

One of the next steps towards the new unit will be to establish a European Digital Innovation Hub in the capital together with CBS, DTU, and ITU, and several other stakeholders.

- With a European Digital Innovation Hub in the nation's capital, we want to help secure access for researchers and companies to the Eu's billion-kroner Digital Europe program, which is to develop a strong, European digital industry, says Anders Pall Skött.

Anders Pall Skött comes from a position at DTU’s Department of Partnerships and has developed and managed collaborations between universities and industries in the organizations IT-Branchen, FinansDanmark, and Copenhagen Fintech. Further, he is also among other things the person behind the establishment of the Danish Hub for cybersecurity.

DigitalLead is established based on the nationwide collaboration in the Innovation Network InfinIT and the two networks IT-Forum and BrainsBusiness. DigitalLead has submitted an application to the Danish Executive Board for Business Development and Growth and will appoint a director and establish an office in Copenhagen. Read more here.